We will send you an email to reset your password.

With the February 2018 launch of the Mars Wellness Oral Probiotic with BLIS K12, the first BLIS K12 product to carry the OU kosher certification, we present a lsit of the most frequently asked questions about the probiotic.

How does the probiotic work?

The Mars Oral Probiotic contains BLIS K12, the world’s first probiotic specifically developed to promote oral health. BLIS K12 promotes all sorts of ear, nose and throat health, but where it’s been a true lifesaver is for those who suffer from recurrent strep throat. Clinical studies have shown that children who take BLIS K12 saw a 90% reduction in strep diagnoses. 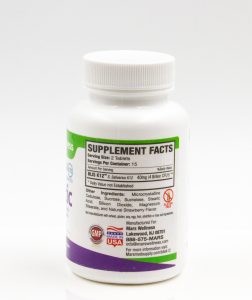 How long does it take to get results?

Children who take BLIS K12 tend to begin feeling better within the first couple of weeks. Clinical studies have shown taking BLIS K12 over a 3 month period of time leads to the best results.

The Mars BLIS K12 is a strawberry flavored lozenge that was developed specifically for the taste of children. Unlike other similar products, our BLIS K12 probiotic only needs to be taken once a day, making it much easier for your child to take.

We developed our probiotic hand-in-hand with well-known pediatricians familiar with the product, and as per their recommendation, you should take two lozenges in succession once a day.

Is it kosher? Is it allergen free?

The Mars Oral Probiotic is the only BLIS K12 probiotic that is certified by the OU. The probiotic is grown on a dairy strain, so although there is no dairy in the actual product, it is considered dairy by the OU. People with sever milk allergies have taken BLIS K12, and they did not react.

The product is not manufactured with any of the other major allergens.

Are there any side effects associated with the product?

Back to News
This website uses cookies to ensure you get the best experience on our website. Learn More
Quantity
SKU:
Type:
Vendor:
Go to product page